Gene editing with the CRISPR-Cas9 system

All three components can be co-transfected into the mammalian cell of choice using the Dharmacon DharmaFECT™ Duo Transfection Reagent to perform gene knockout. Once delivered to the cell, the crRNA and tracrRNA complex with Cas9 nuclease to generate site-specific double-stranded DNA breaks (dsDSBs). When DNA breaks are repaired through non-homologous end-joining (NHEJ), the resulting small insertions and deletions (indels) can cause nonsense mutations and truncation of protein products or the introduction of a stop codon to produce gene knockouts.

The active Edit-R crRNA is a chemically synthesized RNA, comprised of 20 nucleotides identical to the genomic DNA target site, or protospacer, followed by the required S. pyogenes repeat sequence that interacts with the tracrRNA. The chosen 20-base target sequence in the gene must be immediately upstream of a protospacer-adjacent motif (PAM) in the genomic DNA. The predominant S. pyogenes PAM nucleotide sequence is NGG. 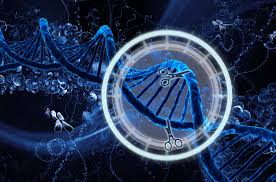